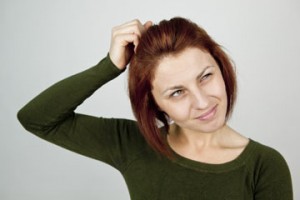 While you may think of forgetfulness and memory loss as challenges only the elderly face but if you are a young person, you may be disappointed to learn that memory loss can affect you too. Unfortunately, like most mental health problems memory has not prejudice. But there’s something you can do to help!

Young or old, if you are finding yourself forgetful there are certain things you can do to help improve your memory. To help you begin today, here’s a few tips on how to enhance your memory.

Mnemonic devices: To put this training tactic to work simply visualize something that will help you better remember whatever it is you want to be able to recall later. For example, when meeting a new person whose name is Mrs. Teal, you would visualize that person covered in the color teal to better help you remember their name.

Vanishing cues: This tactic is used more often when trying to recall information. For instance, if you are trying to think of Mrs. Teal’s name but can’t remember it, instead write down on a piece of paper any letters of the name that you can remember. Once seeing the letters on the paper fill in more, and more until you begin to remember. By doing this you are training new areas of the brain to take over defective areas.

Make taking notes a routine part of your day. When you set important items down like a cell phone, car keys, or wallet take a moment to focus and take a mental snapshot.

No matter your age, forgetfulness and memory loss can affect you and make life more challenging. But you can work to improve your memory. By working to train your brain and making a point to take mental snapshots all throughout your day you can better challenge your brain and enhance your memory. 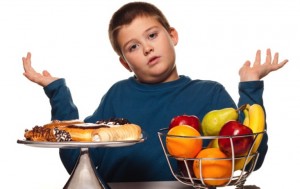 Obesity is defined as a condition marked by excess accumulation of body fat, according to the American Psychological Association (1) and it affects a great portion of our population. In fact, as stated by the Centers for Disease Control and Prevention (CDC), more than one-third or 78.6 million U.S. adults are obese.

While you may not be at a healthy weight, there are steps you can take not just to lose weight but to better cope with obesity. If you’re overweight and tired of being down on yourself all the time, this article is for you. Here’s how to cope with obesity.

You are so much more than a number on the scale, finding joy no matter where you are in life both emotionally and physically is key. Coping with obesity requires a balance of embracing who you are while working to better yourself. Remember to make better food choices, connect, use positive criticism, and create small goals for yourself. By doing so you can actively work toward a better, more-healthy you while learning to love the person you are today.

About one in 100 Americans are diagnosed with schizophrenia, a treatable serious mental illness that affects a person’s thoughts, feelings, mood, and overall functioning according to the American Psychological Association (APA). (1) With statistics like that, it’s a wonder why the mass public isn’t more educated about schizophrenia.

Schizophrenia is often diagnosed through early adulthood in teens and early 20s and is rarely identified later in life. At first many of the symptoms of schizophrenia may go unnoticed but by knowing what to look for and recognizing signs you can receive early treatment. To help you learn more about this mental illness and how to detect it, here’s how to recognize the signs of schizophrenia.

Coping with any mental illness is a struggle, including schizophrenia. But with 1 in every 100 Americans diagnosed with schizophrenia it’s time to better educate the public about what to look for. It’s important to note that treatment helps relieve many symptoms of schizophrenia and many people with the illness continue to lead rewarding and meaningful lives in their communities, according to the National Institute of Mental Health. (2) Learning how to recognize signs of schizophrenia is the first step toward treatment and the start to living that rewarding and meaningful life. 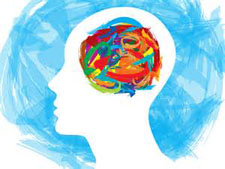 There are many misconceptions about the emotion of anger. One of those misconceptions is that anger is a negative thing and that being happy is its opposite. Another misconception is that, when people become angry, violence will most likely ensue. While these thoughts are sometimes true, they are also missing the other aspect of anger – the positive side. 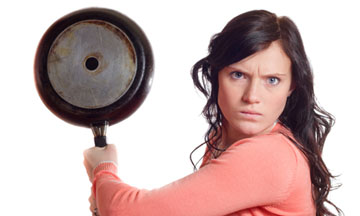 There is a way to display anger in a proper manner that is actually helpful rather than hurtful. While constructive anger has no exact definition since it varies from one situation to another, there are some common elements (1).

Not only can constructive anger help an immediate relationship or situation, it can have positive effects on the future as well. Studies have shown the repressed anger is more likely to result in violence than immediately expressed anger (3). The following are a few of the positive aspects of anger.

Although anger can be difficult to control, especially for people who have long-term anger issues, anger can be used constructively to benefit you and your relationships rather than harm them.

I’m confident you have heard the saying, “Kindness is contagious,” before right? Well, if you hadn’t- now you have! The idea that showing someone kindness, even through just a smile, can be passed on to that person making them more likely to be kind to someone else is one that has been handed down through generations.

Just recently new research was conducted that may unlock the mystery; is kindness really contagious? According to a 2010 study done by researchers at the University of California, Los Angeles, the University of Cambridge, and the University of Plymouth, “It is natural for people to seek the positive emotions that accompany seeing and doing acts of kindness.” (1) Because there is moral beauty in being kind, humans have a natural desire to see others be kind, and in return to be kind themselves causing a natural high-like sensation. Research published in the journal of Biological Psychiatry has even aimed to learn what these moral, high-like elevations actually look like in the brain and human body. (2)

So, what does this mean for you? 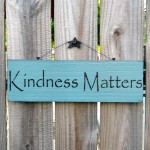 It means to be kind, of course! When we take the necessary time to be kind to those around us in both big and small ways we can pass on our kindness to everyone we cross paths with. Believe me, there are far worse things in life than creating a society of kind people who love to spread their kindness to others! Here’s a few ways you can show kindness today!

For once, an old wise tail passed down from generation to generation is ringing true according to science. Kindness is truly contagious. Spread the word, and the love by being kind to one another every chance you get.